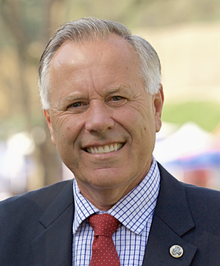 Louis has been involved in German Shepherd Dogs for more than 50 years and has had three primary mentors in his life and each has had a profound effect on him both in the dog sport and at personal development level.

The first was Ian Stirton, Australia. Ian bred Louis’ first dog and was an All Breeds Judge. Ian committed himself to many years educating and mentoring Louis not just in regard to the German Shepherd Dog but all breeds of dogs. Ian instilled in Louis the fundamental principles of honesty and integrity and above all things putting the best interests of the breed ahead of himself. The second was Madeleine Pickup, UK. Louis visited Madeleine many times in the UK working in her kennels and travelling extensively with her in England and Europe. Madeleine instilled in Louis the importance of upholding the principle that a dog’s character, temperament and ability to fulfil its intended purpose comes before beauty. Louis met his wife Gail through Madeleine; she was Madeleine’s great niece. The third mentor was Dr Walter Gorrieri, Italy. Louis spent a considerable amount of time with Dr Gorrieri and he was, in Louis’ opinion, the most knowledgeable person on the structure and movement of the German Shepherd Dog that he had ever met and this opinion still stands.

Louis started in the breed in 1962 at the age of 15 and by age 17 he was elected to his first official club position as Vice President of the Canberra Non-Sporting and Working Dog Club.  At the age of 18, he was the club’s Chief Training Instructor and President at the age of 20.

Louis became a fully licensed working dog judge in 1974, and in 1978 completed his exams in Germany to become Australia’s first fully licensed SV German Shepherd Dog Judge, and at that time the youngest full list SV judge in the world.  Louis is a licensed GSDCA Breed Surveyor.

He was elected President of the German Shepherd Dog Council of Australia at age 26, a position he held unopposed for approximately 20 years. During this period, he either initiated or was the overseer of virtually all the major breed improvement schemes now in use by the German Shepherd Dog Council throughout Australia and for many years was the senior judge at the Council Main Breed [Sieger] Shows judging the Open Dogs.

His overseas appointments have included England where he judged the English National. He has judged in Italy, South Africa, Singapore, India, Philippines and many times in New Zealand, Taiwan, Thailand, Indonesia, Malaysia, Hong Kong and Iceland.

Louis was appointed to the position of WUSV Continental Director for Oceana in February 2017 until December 2018.